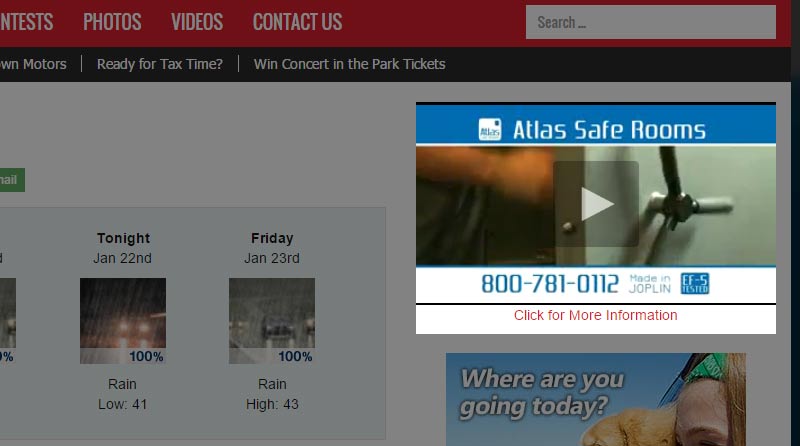 Online video is growing faster than most other advertising formats and mediums.  According to estimates, video ad revenue will increase at a three-year compound annual growth rate of 19.5% through 2016.  That’s faster than any other medium other than mobile.  And much faster than traditional online display advertising, which will only grow at a 3% annual rate.

To give your station the opportunity to vie for these video ad dollars, we’ve added a new video ad feature to our Ad Management System.  We’ve made it very simple to implement for both you and your client.  The client sends you the link to their commercial on Youtube or Vimeo.  You are able to place that video into an ad block as a regular rotator or as a takeover sponsorship for that page.  There is a link to the client’s website available below the video.  You have the option to have the video autoplay or not and the Ad Management System tracks plays and clicks to the client link.

See a sample of this new feature here: https://skyrocketradio.com/demo/bigtown/weather